My experience as a fat adapted athlete is that for about 4 hours of aerobic (I guess you could say approaching threshold or high aerobic) activity, I have found that I can get by with very little additional fuel.  However, my personal experience is that as I hit the 5 and 6 hour mark, I need to fuel.  My desire for a fueling strategy is something that will a the very minimum keep me in ketosis, and ideally further promote the dietary ketogenic state.  From a  numeric standpoint, that could look like starting a race with a ketone level of 1, and as I fuel, have that number getting larger 1.2 or 1.4 as opposed to the fuel lowering my ketone levels and slowing the uptake of my bodies fat stores as fuel.

There are opposing factors at play here;  my personal experience has led me to believe that at the 4+ hour mark, in order to sustain athletic performance, my body has needed some carbohydrates.  What I don’t want to do, start out in a ketogenic state, and as the hours march on, fallout of ketosis and be unable to sustain my desired race pace.  By the same token, I don’t want to be sucking on carbs from the get-go, being thrown out of ketosis and then be reliant to ingesting sugar to keep me going through the majority of the race.

My strategy is to keep or enhance the dietary ketosis going for as long as possible, and to drip in some carbs that won’t negatively affect that state.

My current plan is:

Start the race more or less fasted; for me that’s a bullet proof coffee when I wake up, which as we all know for an endurance type race can be pretty early in the morning.  The other factor can be that in most cases, this has meant a night at a hotel prior to the race and thus no access to my normal kitchen, and no blender.  So a trusty travel mug, a coffee bag and one sachet of Bulletproof instamix; add boiling water and stir or even shake (depending on the travel mug, shaking hot drink can end up in disaster…) 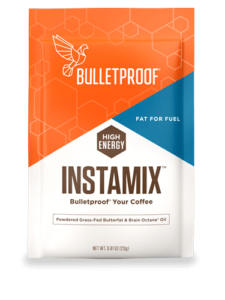 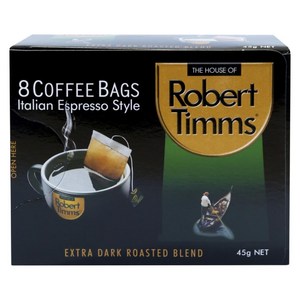 For the benefit of fellow Australian athletes, I am sure some of you have had difficulty sourcing various products that you may have read about on blogs end websites, I get my Bulletproof products from OptimOZ.

Depending on how long till the actual race start, I may pack a bit of my go-to Keto breakfast, just to keep my stomach happy, normally I’ll just have a bit of a nibble here and there – say after I have checked in my bike, and before I’ve got to get rid of my gear bag.  Check out this take away on-the-go sausage and egg smash.

The next thing that will hit my stomach will be out of my water bottle.  My combined hydration strategy for a 70.3 is to take 2 x 700ml bottles with me on the bike.  Each bottle containing; 1 serve UCAN Superstach – plain, 1 serve SFuel, and 1/2 a serve of electrolyte (Endura Low-Carb). UCAN is available in Australia from Generation UCAN,  I have found their service to be outstanding  – they are very into making the product wok for you the way its intended. I will post a video of the mixing and impact of this on my keto levels soon.  If its a hot day and I need  extra hydration, I’ll get a bottle of water at an aid station, and thats me sorted!  From a Calorie  perspective, the UCAN delivers 110 and the SFuel delivers 45.  So a combined 155 calories per bottle.  The hope for the SFuel addition, is that it actually delivers about half of the calories as fat, so as per my strategy, maintaining or even promoting a dietary ketogenic state – but let’s wait for the test video to make that call 100%.

To further promote that aim, I have also been making a “nut butter gel”.  The basic recipe for these is 2 tablespoons of nut butter, 2 teaspoons of MCT oil, a few Chia seeds (soaked in a bit of water).  I have added salt and also Amino’s to this previously, and for a bigger carb hit, add 1/4 serve of UCAN per gel.  I did add Caco nibs to one batch of this, but this added to the chewiness of the gel which I think is actually moving the idea in the wrong direction.  My current thinking is to pop 2-3 of these on the bike.  They do require a bit of mouth-work to get them down, and picking the Chia seeds out of your teath with your tongue for the next 20 minutes or so will keep your mind occupied on the bike.  I have tried to use these also on the run, but I found that I was “over” the taste on nut butter by then, and was looking for a fresher mouth feel.  So, from now on these are a bike only food.

The final thing that I’d think about eating on the bike is a UCAN bar.  These deliver about 100 calories and according to their data, won’t spike your blood sugar levels and won’t kick you out of ketosis.  We will take that as read for the time being, but I will do a test on the bike to see what impact it has on me. 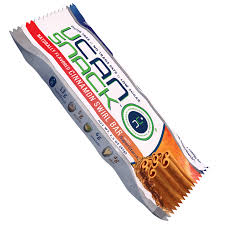 So off onto the run, and this is the danger hours for me as we get past the 4 hour mark – so have I kept myself in the fat burning mode and ketogenic state up to this point?  Now I need to keep some fuel up to my body without kicking myself into the only carb burning gutter.  My previous post on testing the Freedom Fuel has lead me to this new recipe for a gel that is a) Keto Friendly b) delivers some carbs and c) has a mouth feel that isn’t going to make me gag during the run of events like a 70.3

You can watch the video of me making the new gel, the mix for 4 gels of the new formula is as follows:

The impact of this gel on me will be posted on this video link.

Hopefully that will give some of you fellow Ketonians some ideas on how to get into these longer events and using your way of living to its full potential.